ProSPect will focus on adding new physics and coupling to DOE’s ice-sheet models that are critical for making projections of sea-level change. These include (1) processes significantly altering ice sheet flux to the oceans as a result of internal thermodynamics and coupling to climate forcing, (2) processes that allow ice sheet and ocean models to dynamically co-evolve as coupled components of ESMs, and (3) processes allowing for the modeling of regional changes in sea level within ESMs. These new model physics will be verified and validated using community-sanctioned benchmarks and observations.

A major challenge associated with using ESMs to project sea-level changes is the ability to realistically initialize ice sheet models within the coupled earth-system without ~104-105 years of coupled model spin-up. A second major challenge estimating projected ranges of sea-level change as a function of model and observational uncertainty, and to target those sources uncertainties for improvement (uncertainty quantification). To address these challenges, ProSPect will develop new methods for initializing ice sheets as integrated parts of the coupled climate system, allowing for a best match to present-day observations while simultaneously minimizing non-physical, transient coupling “shocks”. The formal optimization methods to be employed are simultaneously critical to new “end-to-end” uncertainty quantification frameworks, which will provide confidence intervals for model outputs of interest, like sea-level rise. Access to multiple ice sheet models will allow for a clear assessment of how different models and model physics – “structural uncertainty” – impact projections of sea-level change.

ProSPect efforts will culminate with a suite of ice sheet and ESM experiments aimed at providing probabilistic E3SM-based sea-level projections. An initial focus on simplified and idealized experiments, like those defined by community-endorsed benchmarks , will provide (1) inexpensive baselines for assessing the fidelity and cost of new model physics and (2) well defined and understood experimental protocols for assessing the feasibility of new optimization and uncertainty quantification strategies. Similar assessments will then be conducted using large-scale, standardized, benchmark experiments for Greenland and Antarctica . Finally, when we have confidence in our models and new methods, we will apply them to an ensemble of future sea-level projection experiments, including both uncoupled and coupled simulations forced by E3SM climate (Figure 3). These will include hindcasting simulations over the 1960-2010 time period (for use in model validation) and projections with uncertainty estimates for the 2010-2100 time period. 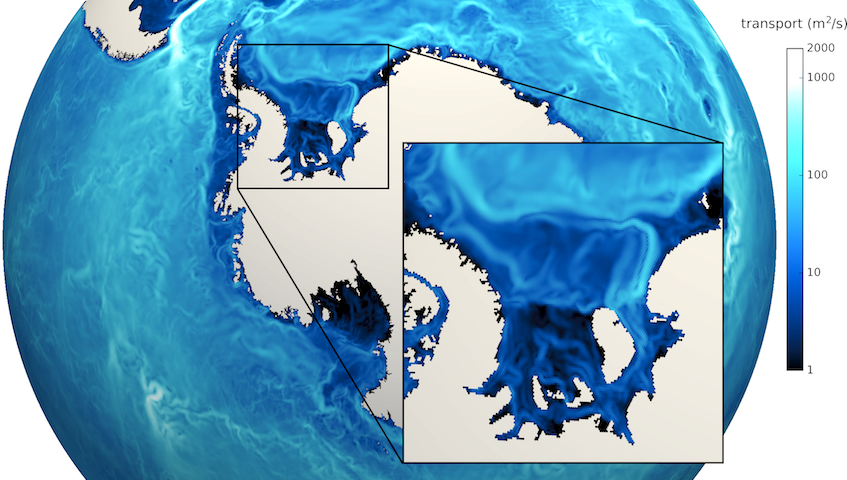